It’s been an interesting couple of weeks. 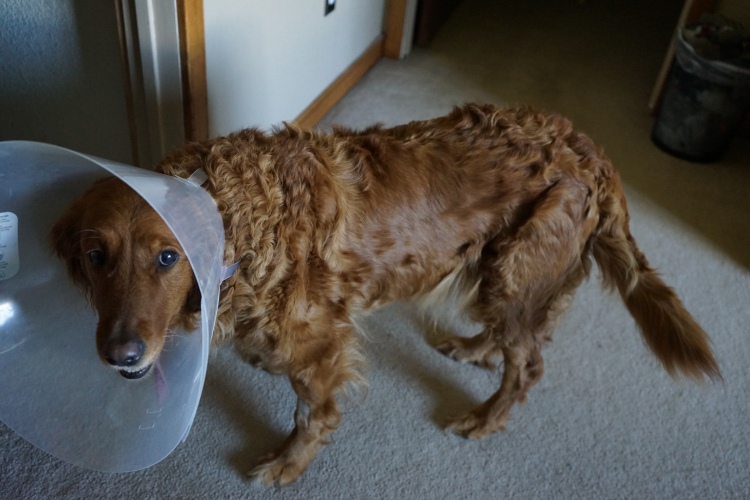 SOMEBODY in the family decided to cultivate an infected uterus. And had to have surgery. Unexpectedly.

The vet said intact, female dogs over 5 sometimes have issues with infected uterus (uterus’? uterus’s? uteri?). It’s considered an emergency and they have to be removed before they rupture. (the uterus~ not the dog) When we got her as a puppy, the plan was to breed Joey for sweet puppies of her own. But time moves at lightning speed and here we are at 5 years old and no puppies and now no uterus.  She is such an important part of our family. It would have been REALLY hard to lose her. There will be a time for her to go, but now is not that time. She came through like a champ.

She’s happy (or at least will be when she gets that thing off her head). And so are we.

After just a week on our grass~ by herself~ Maisy is looking so much better. We did move Phil so now she can concentrate on eating and not running away from a pushy boy cow (constantly) and nursing his big fat self. 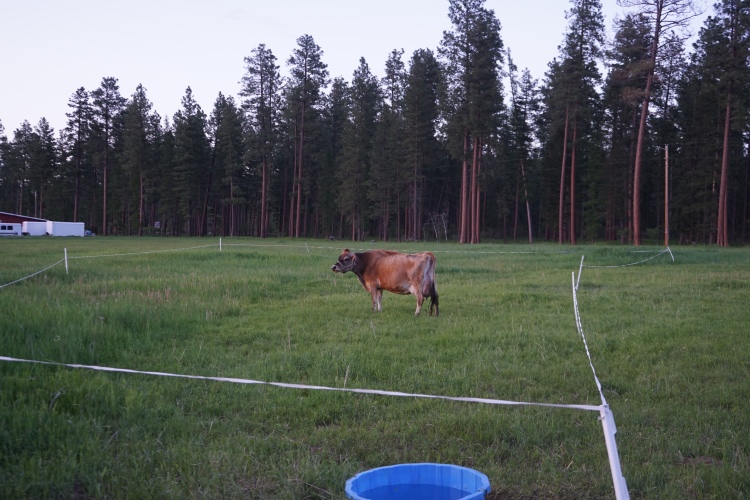 We just have to watch that udder. With all the fresh grass and now no big, fat calf to nurse, I don’t want it to become a problem for her. I’ll milk her if she needs it. But starting the milking routine again is not the best idea for her or us. 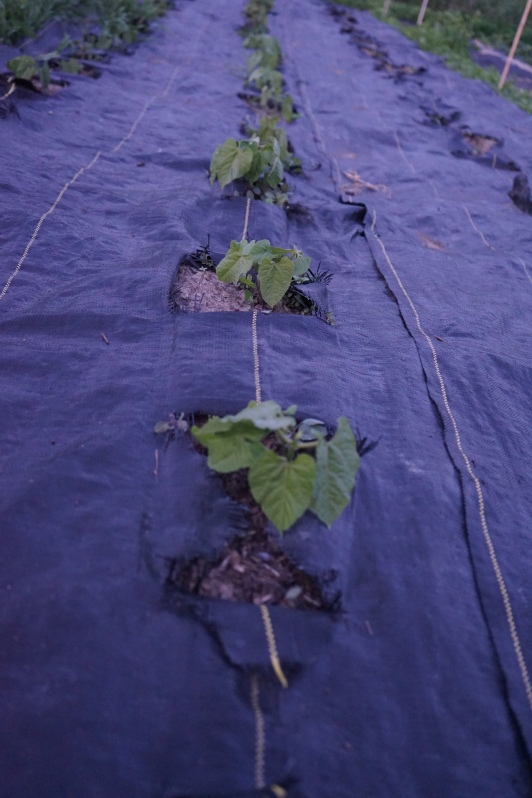 The green beans, cucumbers and squash are all up! Yay! I’ll have to go back and look at my notes, but I think this is the earliest we’ve ever had produce! Or the promise of produce.

I have discovered some really cool things about this flower farming thing but it’s really geeky. So you can jump down to the chickens if you’re not “into” farmer geeky stuff.

Last summer I was experimenting with using peat pots as a starter medium (media? Dang this English!) I put out starts of flower seeds that I had sowed into peat pots in the basement garden and also did some direct seeding with the intention of doing a side-by-side comparison of the plants at the end of the season. But as the summer progressed, I kind of lost track. (It got jungle-y out there!) Fast forward to summer 2018 and look what I found a couple of days ago when I was prepping another bed for flowers starts: a few leftover remnants from last year’s garden.

Look at the stalks on those things!

The stalks are as big as my thumb! I guess the peat pots did well! So now I need to take better notes and compare them to how the directly seeded plants do over the summer. Boy, it would really cut down on the pre-garden work if I could get a good, timely product with just directly seeded plants.

Look what else I discovered when I was doing the never-ending-weeding-of-the-garden~ snapdragons! VOLUNTEER snaps! Which are about to bloom! This could be a game changer for me! 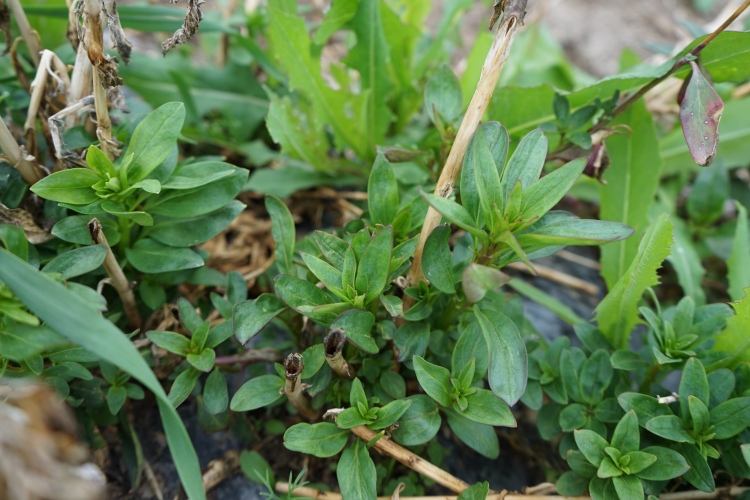 It’s hard to see in this pic, but the new growth is on last year’s old growth! Not every old snapdragon bush from last year has new growth. Most of them are dead. BUT a few of them lived and none of these snaps were protected from the winter snow. Just think what might happen if the snaps were protected and nurtured a bit more and covered before winter! Hmmmmm. I’m going to keep this little stand of snapdragons, and care for them and love them and feed them and (“I shall call them Squishy and they shall be mine and they shall be my Squishy. Come on, Squishy. Come on, little Squishy”~ name that movie) most importantly, watch to see how they bloom.

Go to bed girls. The day starts at 5:30 and we are expecting egg production from you two!

PS~ I see that the forecasted temps tonight are in the high 30’s. Because our farm sits so low, that could mean freezing temperatures for us. I’m going to go right now and set my alarm for 3 am so I can intervene with the sprinklers if it gets too close to freezing.