It has definitely felt more like fall these last few weeks. Almost springish- fall. Lots of rain. Lots of nice warm days and cool nights. I even got a few cool flower sprouts planted in the garden (more on that new experiment later 🙂 ).

Of course, this is Montana and it’s not unheard of to have snow in November. Heck, we had snow in October last year!

I think we’ve even had snow in June!

This is Montana. We get snow. 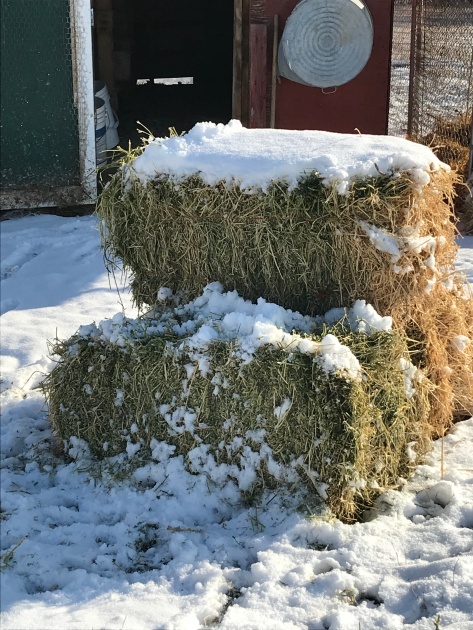 In other farm news, we have lost almost all our chickens. The weird thing is that they just disappeared. No feathers or anything. Sometimes they would be gone 5 at a time. I would open up the coop door to feed all the animals in the mornings (not too early either, way after sun up). Then when I’d check on them in the afternoon, some would be missing.

Owls? Probably not during the day.

We’ve heard that the bears might be a nuisance this fall because the berry crop was so poor. And the friend we got Maisey from lost her flock to a bear. But I THINK (?) I’d see a bear in the yard if it were getting our chickens, right? Plus the dogs would alert me to marauding bears, right? right??

Grrrrrr! That makes me soooo mad!!!! 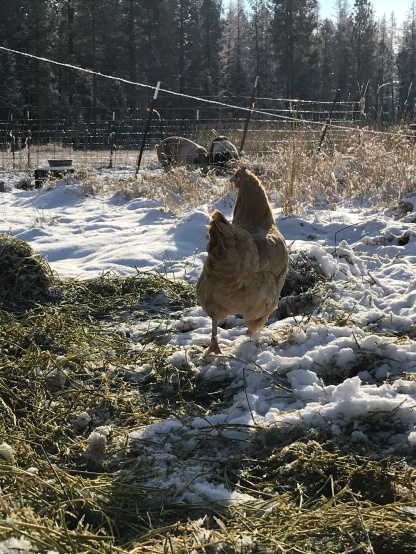 We only have one wiley hen left. And she’s on the lookout at all times. These days I just open the coop in the afternoons and be on watch until she eats. Once she moves over into the pig palace with the big pigs to scratch around, I can relax. The chicken seems to be safe with the pigs.

I think I’ll put out the trail cam and see if we can grab a picture of what’s making a meal (meals?) of my chickens!!!!  GRRRRR!

Speaking of pigs, they are doing great~ still not interested in letting me get too many close ups of their faces. I just love pig faces!!! They snuggle down in a huge pile of hay during these chilly nights. I’ll see if I can get a picture of them sleeping. Pigs are very alert to my approaching feet~ just in case there is food attached to the feet, and they jump up from their bed, leaving a steaming pile of hay. Maybe I’ll tippy- toe out there early in the morning and see if I can get a snap of them sleeping in.

I (finally) got the dahlia tubers cleaned up and evaluated. They are all tucked away, safe from the cold, until they are divided in the spring. Now that I know what I have, I can make a list of what I need to fill in the gaps I have in my supply! Yay!

Dahlias bloom really late here but they are spectacular. And we wait with baited breath until they make their appearance.

Soooo, I need to increase my stash of these lovelies!